A Peony is Always in My Thoughts

– a few fun facts about peonies 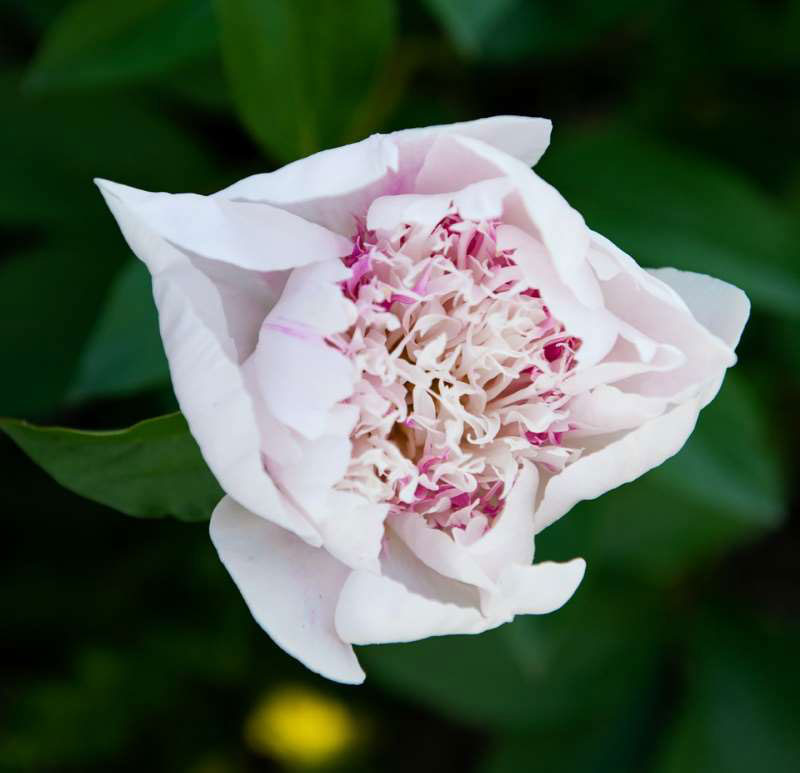 If you want to leave a legacy in your garden – plant a peony. Peonies have been around for literally centuries. They were part of a breeding program in China during the 7th century. Their popularity spread to Japan in the early 11th century and gradually to France and England during the 18th century. They made it to North America in the late 1800’s and grew to such popularity that they became Indiana’s state flower in 1957.

The Netherlands is the largest cut peony producer growing over 40% of the total worldwide production. In recent years, Alaska has become another source of peonies. With a longer, cooler growing season, Alaska is able to offer fresh blooms later in the year coinciding with the prime wedding season from June to September. 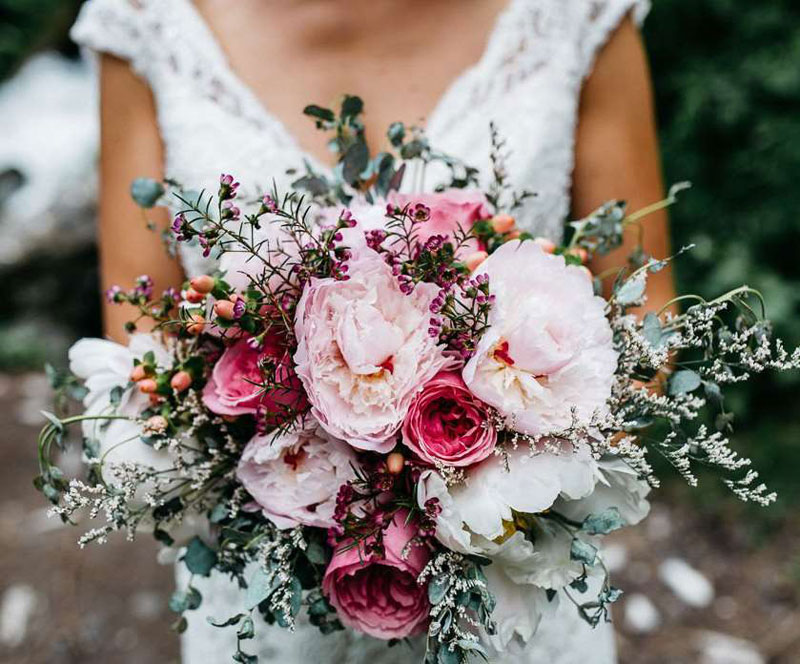 Not surprisingly, many brides want to include luscious peonies in their bouquets. Peonies represent romance and love and are considered a good omen for a happy marriage. If a bride missed out on having peonies in her bouquet, she can expect to get some on her 12th wedding anniversary as they are considered the traditional flower for that celebration.

When working with peonies, one of the hardest things is deciding on the varieties to grow and use in cut flower designs. There are more than 6,500 varieties with new ones being introduced all the time.  They all fit into 3 main categories: tree, herbaceous, and itoh (which is a cross between the other two). Varieties have a range of colours, fragrances and blooming times. With a little bit of planning, you can have a wonderful show of blooms for several weeks. 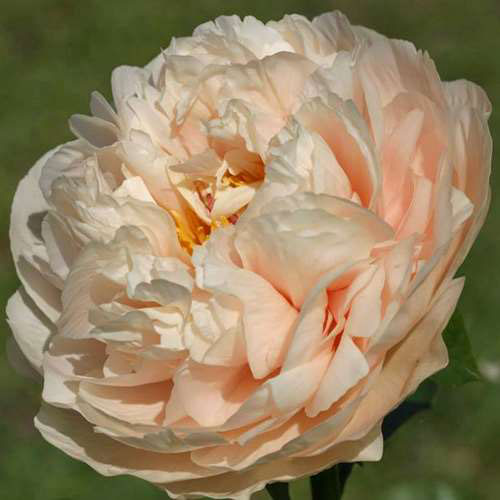 One of the most expensive varieties presently being offered is Pastelegance. It is described as romance itself. The dreamy, pastel, double blossoms mature into an elegant cream tone. It was bred in the U.S. in 1989 and it retails for approximately $200 per root.  Alternatively, one of the most loved and best-known variety is Sarah Bernhardt. It was discovered in 1906 by the French breeder Lemoin who named it after the famous French actress. It is a soft pink, petal-packed, double bloomer.

Each variety has its own unique scent offered in varying levels of strength. Peonies will often have scents of citrus notes, a hint of rose or a dash of musk. It is almost impossible to properly capture the fragrance of a peony commercially as it does not readily release its essential oils. Thereby making a visit to a peony garden during full bloom an intoxicating experience.

Not that the peony needed any help with its popularity, but recently Meghan Markle, Duchess of Sussex, has endorsed it as one of her favourite flowers. Surprisingly, however, it did not make it into her bridal bouquet 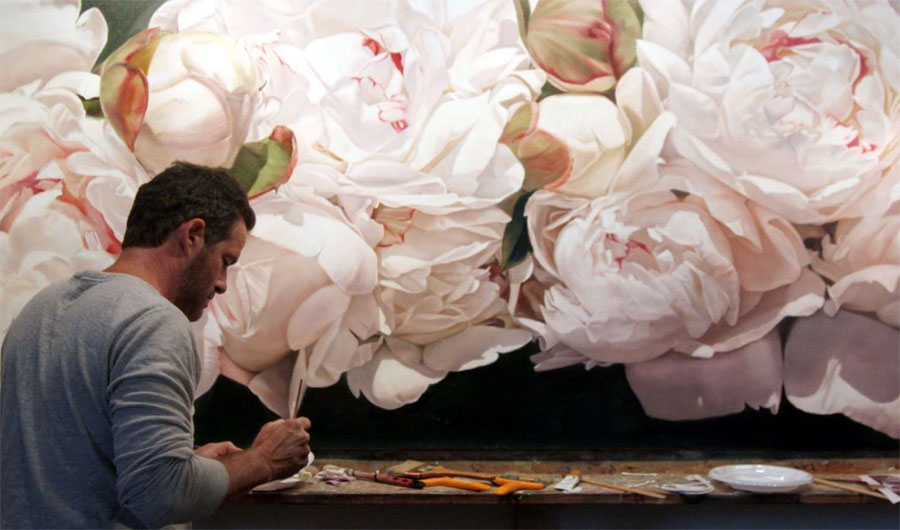 If you want to be totally enveloped in this flower’s beauty, take a little trip over to Thomas Darnell’s web site. Thomas specializes in larger-than-life paintings of peonies. It’s impossible not to fall in love with his paintings if you are a peony enthusiast. 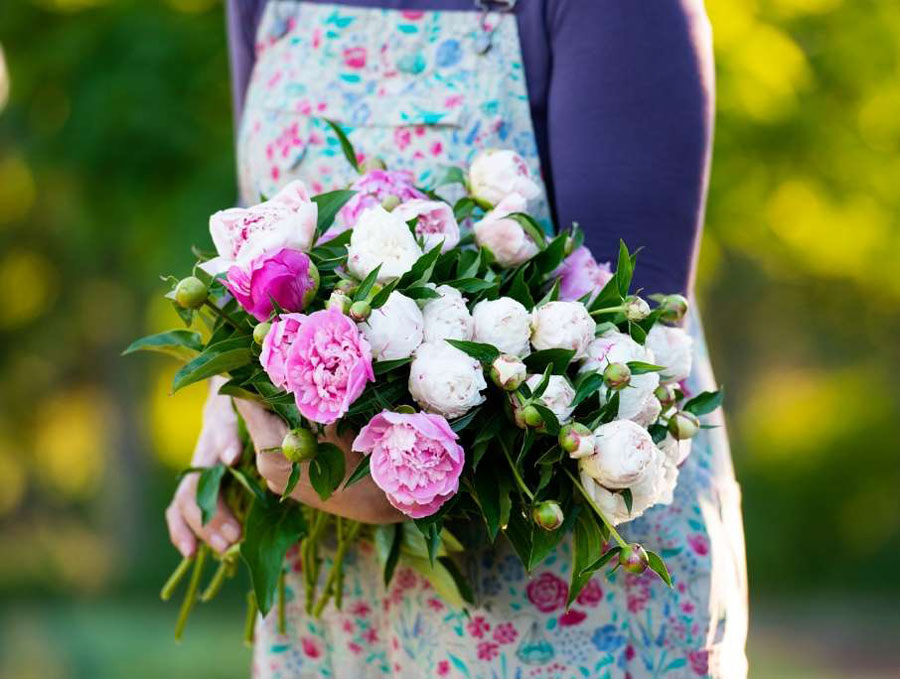 A peony can easily live and produce flowers for a hundred years. Once established, they are hardy up to Zone 3. Peonies can sometimes be found near abandoned homesteads having outlived the building themselves. They dislike being transplanted and most varieties are happiest in full sun. Take your time deciding where you want to plant them, because they will likely outlive you.

In our fast-paced world, nothing is more therapeutic than a little peony gazing whether it is in your garden or at a bouquet in your home. Here’s to the joys of peonies!